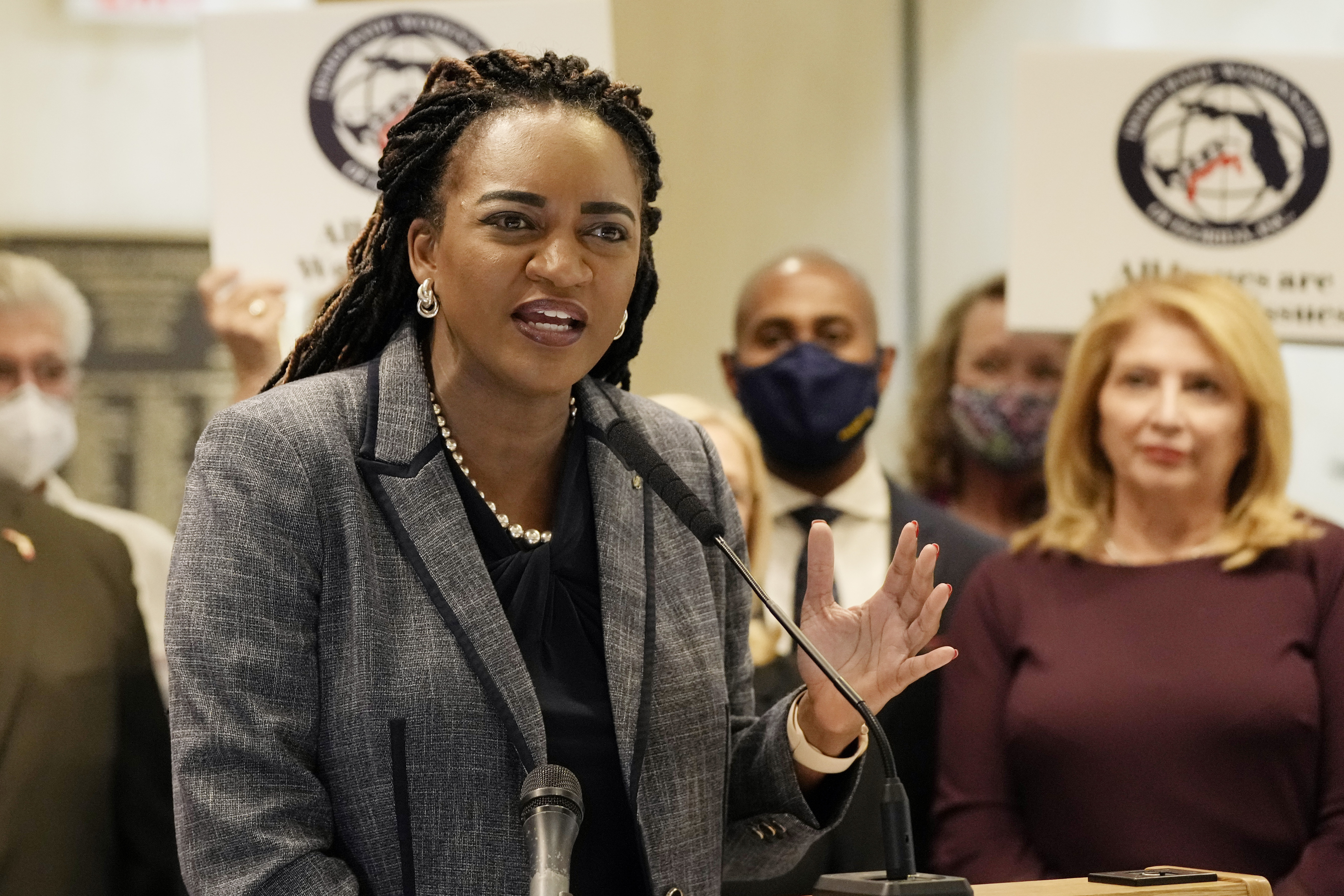 TAMPA, Fla. — Florida Democrats were publicly optimistic during their three-day convention in Tampa this weekend. They danced late into the night, roared at jokes about Republicans and swapped stories and drinks at various bars.

Privately, however, there was a sense of fatalism among state Democrats, who are heading into the 2022 midterms with an unpopular president, the highest inflation in 40 years and incumbents such as Republican Gov. Ron DeSantis raking in millions and seeming unstoppable.

Adding to their problems is a dearth of national donor groups that have limited how much they’re willing to give to candidates after Democrats have suffered multiple defeats in recent election cycles.

“Nobody is coming to save us,” state Rep. Fentrice Driskell (D-Tampa), the incoming House Democratic leader said during a Saturday morning session held by Florida Black Democrats.

Agriculture Commissioner Nikki Fried, who is running in the Democratic primary for governor, flatly said in an interview that Democrats will be cut off from national donors if her rival Rep. Charlie Crist (D-Fla.) wins the primary. Crist — who served one term as governor while he was a Republican — narrowly lost to then-Gov. Rick Scott in 2014. Most polls show Crist beating Fried ahead of the Aug. 23 primary.

Joshua Karp, a senior adviser for Crist’s campaign, replied that Fried is “turning to fiction to distract from their failing campaign. The fact is over 100 Florida elected leaders have endorsed Charlie because they know the polls prove he’s our best candidate to beat Ron DeSantis.”

Yet registered Republicans outnumber Democrats in Florida by almost 200,000 after trailing them for years. Republicans control the governor’s mansion, the Florida House and Senate and many local governments. Democrats face a sizable fundraising gap and President Joe Biden’s standing in the state is lackluster at best, especially considering he lost Florida by 3 points to former President Donald Trump.

Various Democrats said during the three-day “Leadership Blue” conference that they see openings that can be used to overcome Republican advantages. They see their best hope for a statewide victory in Rep. Val Demings (D-Fla.), who is challenging Sen. Marco Rubio and has bested him in fundraising in successive quarters even as she trails in most polls. 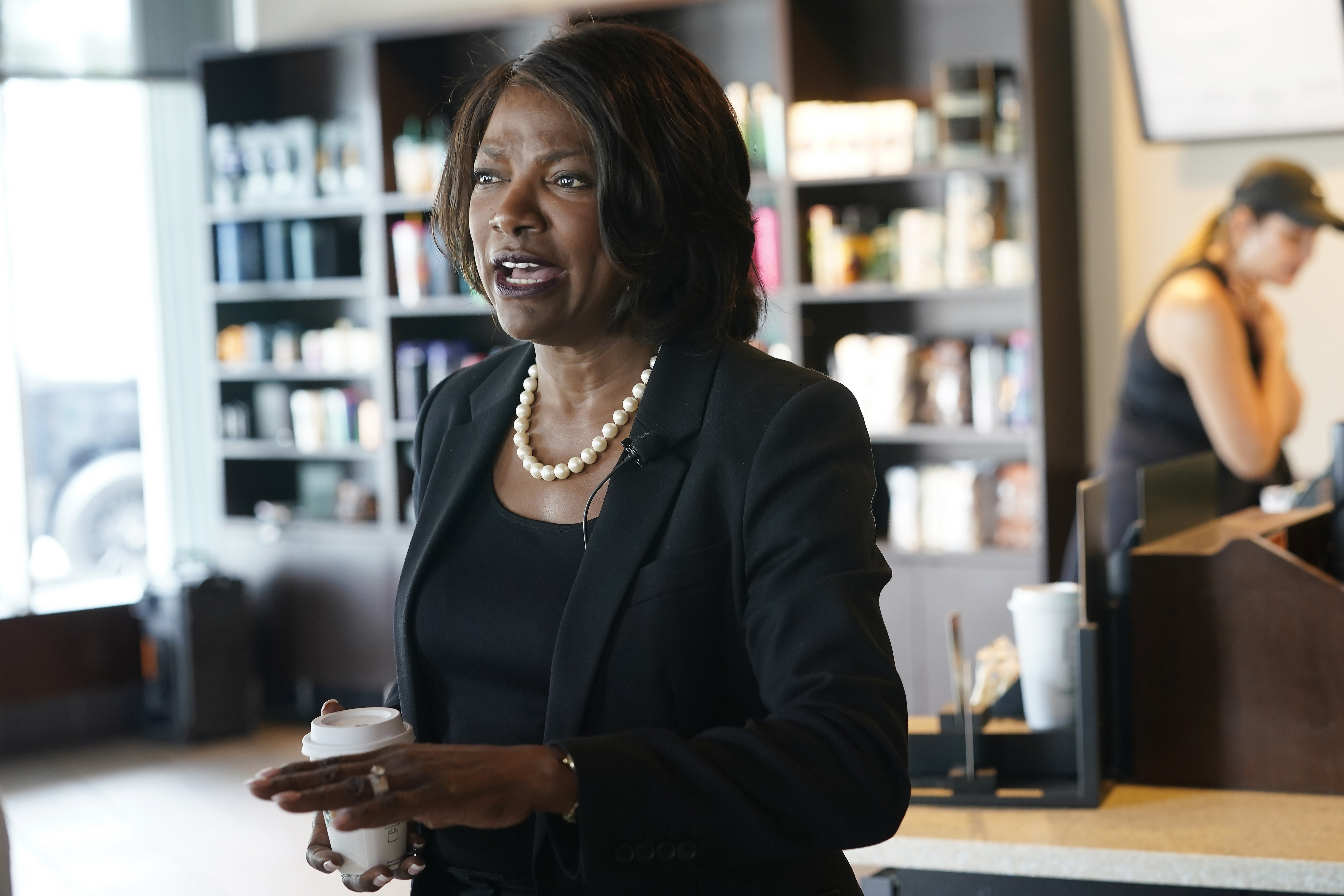 But party leaders also say that voters are alarmed by the Supreme Court decision to undo abortion rights and are upset with Republican resistance to address gun violence. They contend some Republicans were turned off by the Jan. 6 riot at the Capitol that left several people dead and has led to a negative headlines in recent weeks as the Jan. 6 committee holds hearings that uncover damning details about Trump and several Republicans, including Rep. Matt Gaetz (R-Fla.).

“This is not about ‘all right, let’s just take our best shot,’” Florida Democratic Party Chair Manny Diaz said in an interview. “This is a real belief in winning.”

Diaz, however, contended that Florida will get help this fall as they seek to deny DeSantis a second term and unseat Rubio. Diaz confirmed that the party recently got a $1 million contribution from former New York Mayor Mike Bloomberg, which is still a far cry from the tens of millions he poured into Florida to try to defeat Trump just two years ago.

“There is no doubt we will have national money,” Diaz said.

Diaz mentioned — as he has in past interviews — that DeSantis only won his first election against former Tallahassee Mayor Andrew Gillum by slightly more than 30,000 votes. He has put together a detailed plan to build up voter outreach and register Democrats.

But DeSantis’ rise as a GOP superstar, fueled by his handling of the pandemic and rejecting critical race theory to gender identity, has put Democrats on the defense.

That advantage will be on full display next weekend when Florida Republicans hold a big fundraiser and gathering at a posh casino and hotel owned by the Seminole Tribe of Florida. The event, which will include remarks from DeSantis, also will feature radio personality Mark Levin and conservative commentator Dave Rubin.

Julia Friedland, a spokesperson for the Republican National Committee, mocked the Democratic get-together.

“We’re glad incompetent Florida Democrats are taking some much needed time to work on themselves,” Friedland said.

But Democrats assert that besides gun violence and abortion rights, they can hammer DeSantis over the growing affordability crisis in the state due to rising rents and a lack of affordable housing. It was a theme repeated again and again by multiple Democrats during the Tampa event.

Adam Hattersley, the Democratic candidate running against Florida Chief Financial Officer Jimmy Patronis, said he was sticking to “pocketbook” issues in his race, including faulting Republicans for the state’s ongoing property insurance crisis.

Crist insisted that DeSantis’ focus on higher ambitious — the Republican governor is viewed as a top 2024 contender — made him vulnerable because he hasn’t exerted any energy on the financial struggles of Floridians. One Democratic consultant echoed that message, saying that “this is a real feel-your-pain moment in politics.”

Driskell emphasized the same point, saying that for Democrats to beat DeSantis they have to lay problems in the state at his feet — just like Republicans constantly bash Biden over inflation and gas prices.

“You don’t have to go into a dissertation,” Driskell said. “Democrats like to try to explain things. If people ask you why it costs too much on rent, blame it on DeSantis. … We can play that game too.”