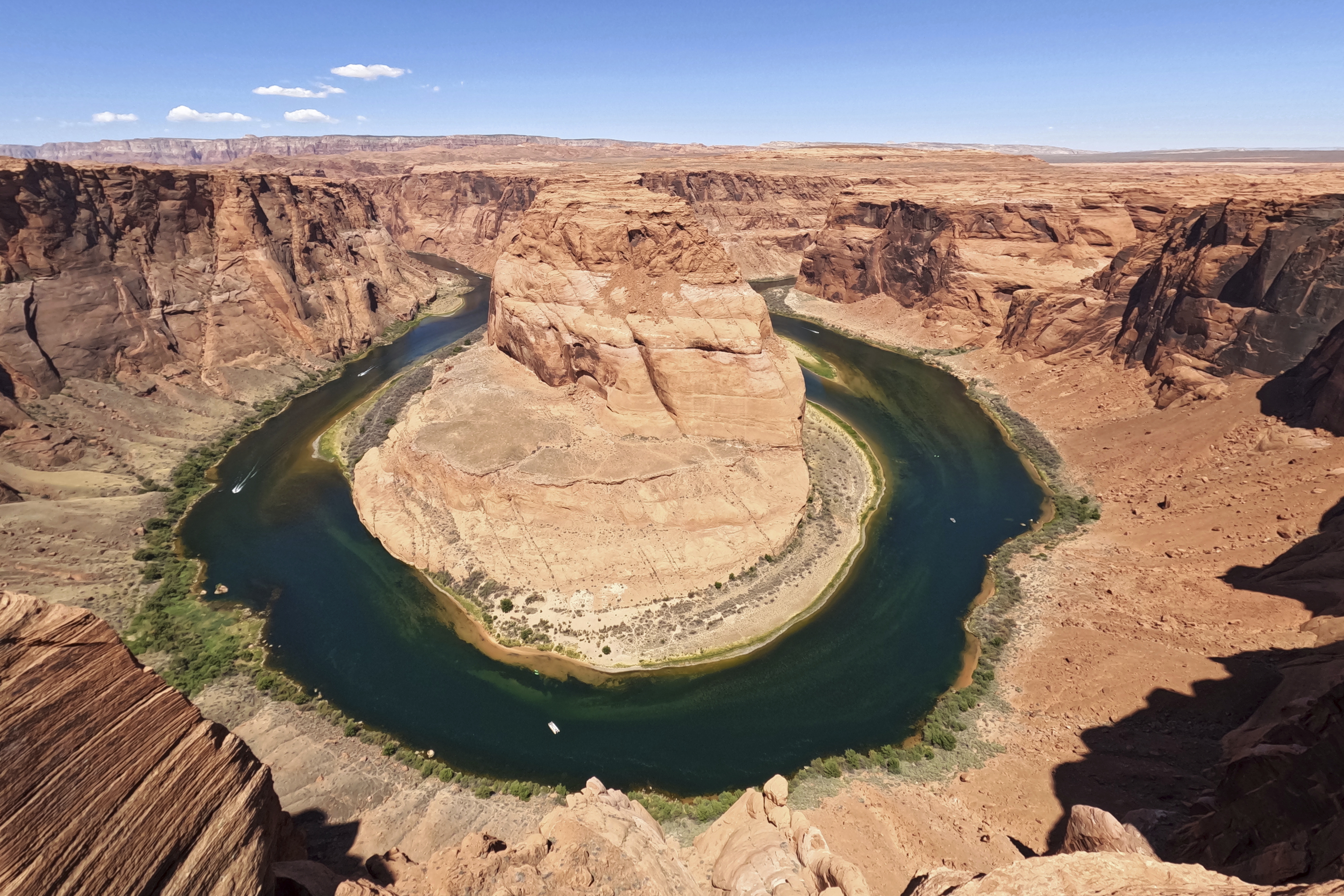 SACRAMENTO — California and six other Western states have less than 60 days to pull off a seemingly impossible feat: Cut a multi-way deal to dramatically reduce their consumption of water from the dangerously low Colorado River.

If they don’t, the federal government will do it for them.

A federal Bureau of Reclamation ultimatum last month, prompted by an extreme climate-change-induced drop in water levels at the nation’s largest reservoirs, reopens years of complicated agreements and political feuds among the communities whose livelihoods depend on the river. The deadline represents a crucial moment for the arid Southwest, which must now swiftly reckon with a problem that has been decades in the making.

Despite the oppressive dryness that has plagued the region for more than 20 years, California has, in large part, avoided reductions to its usage of the Colorado River. But now that reservoir levels have fallen drastically, the Golden State may be forced to use less water, a prospect that would only further strain a state that is already asking residents in some regions to stop watering lawns and take shorter showers.

California’s Imperial Valley, with its vast swaths of farmlands, uses more water than its neighboring water districts — and could be a target for much of the cuts. The state will also have to contend with water users in Arizona and Nevada, who face their own sets of limitations and internal pressures.

“You can’t possibly overestimate how hard this is,” said Felicia Marcus, a fellow at Stanford University’s Water in the West program and former chair of the California State Water Resources Control Board. “Each state has their own peculiar set of politics.”

Over the past 20 years, as the effects of climate change have become more apparent, water authorities in their respective states have been able to hammer out agreements on moderate cutbacks. But it hasn’t been enough.

Supplies at Lake Mead and Lake Powell are dangerously low, holding just more than a quarter of their total capacities — and threatening the dams’ ability to generate electricity and provide water to its nearly 40 million users. At its highest level, in the 1980s, Lake Mead could have submerged the Empire State Building up to its top floor. Now, water levels have dropped by nearly 200 feet, or 20 stories, exposing a stark white “bathtub ring” around the rocky walls of the perimeter.

The new reality will force the region to shift away from a water source upon which it has relied for centuries, and, in some cases, make tough choices that are sure to ripple nationwide — such as whether to continue alfalfa farming for cattle feed or switch to more drought-hardy crops. The terms laid out in the coming weeks could offer a new blueprint for how America adapts to the increasingly-difficult realities of climate change.

In Arizona, a state which is supposed to bear the brunt of the cuts under past agreements, Tom Buschatzke, the state’s principal negotiator on matters relating to the Colorado River, said water users want the burden shouldered by other states, too.

“They see, across the basin, benefits to everyone who uses Colorado water in the basin,” Buschatzke said. “And they want an outcome in which there’s some level of equity in sharing the risks that go along with the benefits.”

Regional drought has only made things worse. Last month, the water got so low it revealed submerged human remains that had been dumped in the lake. 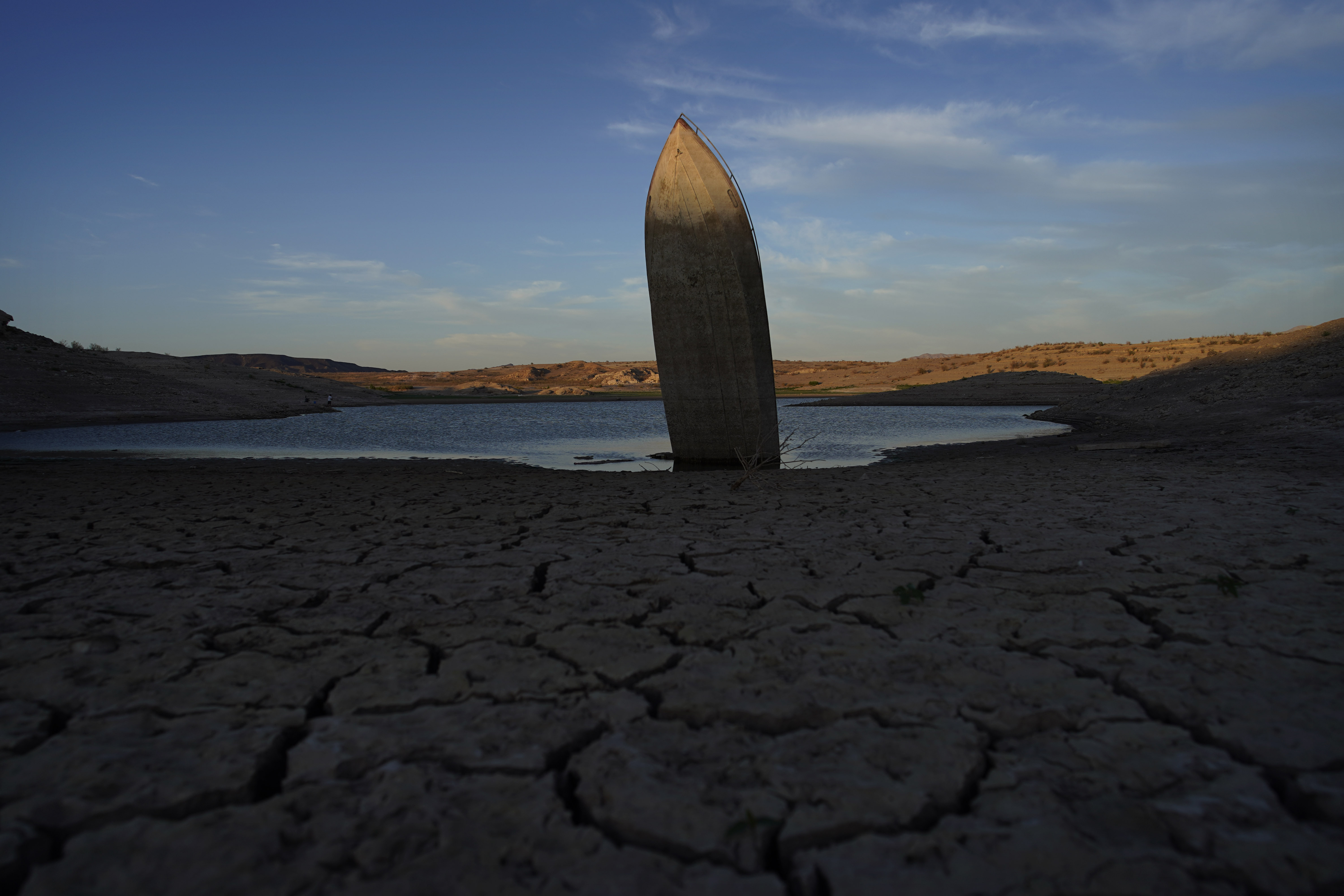 Speaking before a Senate committee in June, Bureau of Reclamation Commissioner Camille Calimlim Touton said the situation is severe, and states will need to figure out a way to cut usage by 2 to 4 million acre-feet in 2023 — which amounts to Arizona’s entire annual intake, if not more.

This kind of prompting from the federal government is fairly common, Marcus said, but states are usually motivated to do whatever it takes to avoid having the Department of the Interior step in with a unilateral decision, which it has legal authority to do. As Nevada’s lead Colorado River negotiator John Entsminger puts it, “the federal government doesn’t have scalpels, they have broad swords.”

Still, negotiations — preceded by a century’s worth of fighting over access — will almost certainly be thorny. Water authorities also face their own political pressures at home, from industries, farmers, tribes and families who will have to reckon with the outcome of their negotiations.

“No one wants to raise their hand and volunteer to take big cuts because then that makes it easier for everybody else,” said John Fleck, a professor of practice in water policy and governance in the University of New Mexico and director of the university’s Water Resources Program.

The fraught situation Western states now find themselves in dates back 100 years to when rights were divvied up.

Under a 1922 compact, the Colorado River states are divided into an upper and a lower basin, with each getting the right to roughly half of the river’s water. The upper basin is controlled by a system of state and local dams, while water to the lower basin is managed by two federal dams: the Hoover Dam outside of Las Vegas and the Glen Canyon Dam on the Arizona-Utah border. 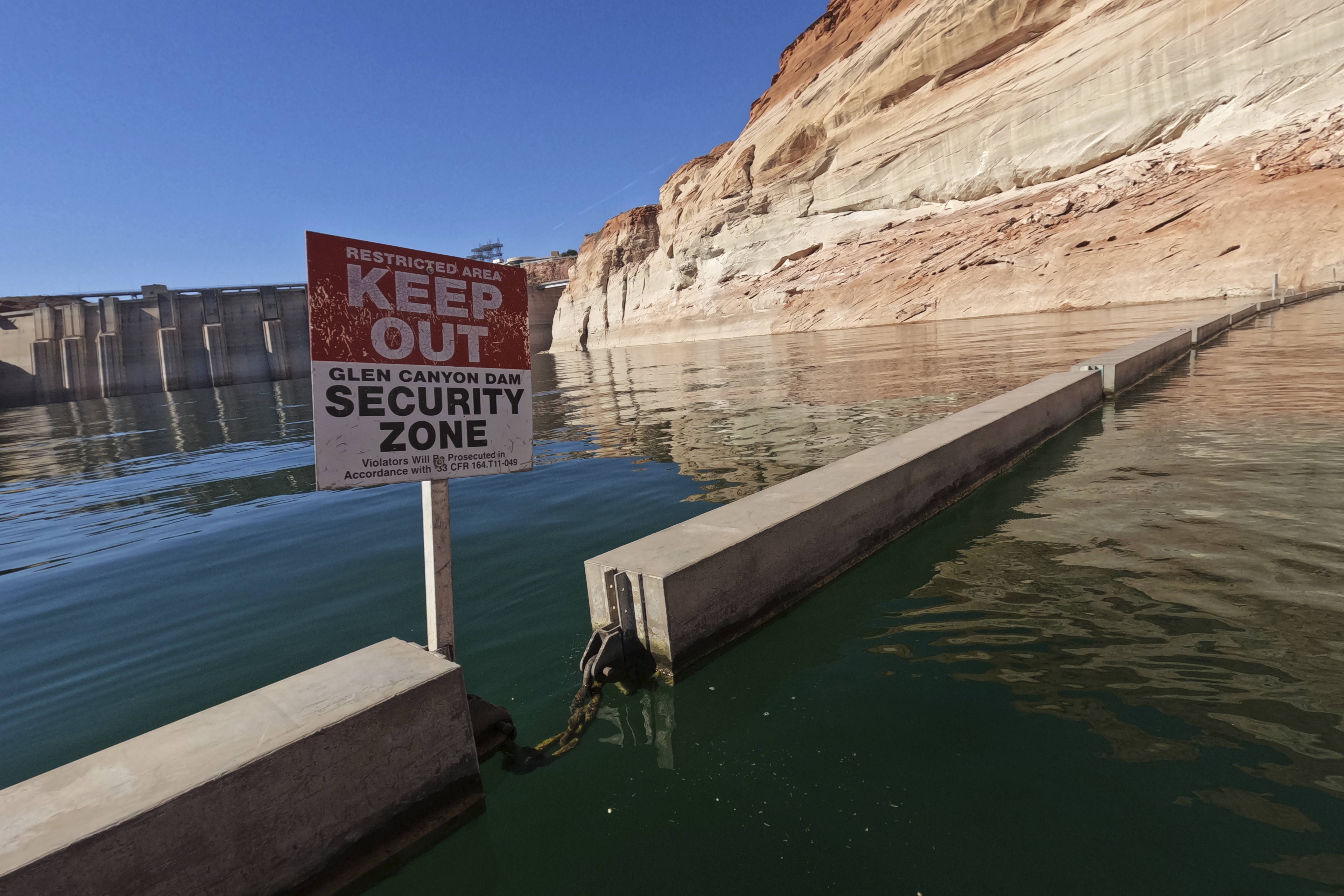 The upper basin hasn’t gotten close to using its full share of the water over the past century, Fleck said, whereas the lower basin, which includes Arizona, Nevada and California — with its vast population and sprawling agricultural lands — has overused its share. The Golden State is the biggest user in the basin, with a right to 4.4 million acre-feet per year. An average California family uses between 1-1.5 acre-feet of water annually.

Powerful water districts in California have senior rights to the river, while Arizona and Nevada have junior rights. But those designations are less likely to matter this time around, given the sheer volume of the requested cut and urgency of the situation at the reservoirs.

“Proportionately, everybody’s going to have big cuts,” Fleck said. “And there’s going to be a staredown, a game of chicken, between Arizona and California.”

Under a 2007 agreement between the seven basin states, any shortages in supply would be borne by Arizona and Nevada first, before California. (Nevada has the smallest claim to the river of the three, whereas Arizona’s entitlement is close to the same size as the Imperial Irrigation District in California.)

Yet another agreement spares California from taking a cut until the water in Lake Mead falls below 1,045 feet.

The federal government expects it to fall to 1,039 by the end of December.

Agreements aside, it wouldn’t be equitable to let Arizona and Nevada bear the full burden of a cut that could be equal to their entire water allocations, said Anne Castle, a senior fellow at the Getches-Wilkinson Center for Natural Resources, Energy and the Environment at the University of Colorado Law School.

“You can stand on your legal theories and watch the system crash,” she said. “But that doesn’t help anybody.”

Still, there are deeply-rooted convictions about water rights in the West, especially in California.

Of the four water districts in the Golden State with access to the Colorado River, the Imperial Irrigation District — stretching from Joshua Tree National Forest down to the Mexico Border — is by far the biggest, using about 2.6 million acre-feet annually to supply water to 474,000 acres of Imperial Valley farmland and nine communities.

Residents there have long asserted the importance of maintaining their access to the river, the only water source for a region that is one of the nation’s top food producers, and Imperial officials note that the district relinquished some of its water to Los Angeles, San Diego and Coachella Valley nearly 20 years ago.

“It is our lifeblood,” Antonio Ortega, a government affairs and communications officer for the district, said of the river. “We don’t have ground water here in Imperial Valley so all of our water is water that we receive from the Colorado River.”

But with such a large cut looming from the federal government and drought conditions worsening across the West, other water users and river experts say it’s going to be hard for agriculture-heavy regions like the Imperial Valley to avoid a cut.

“It’s just simple math,” said Buschatzke, Arizona’s principal water negotiator. “Setting aside the politics, setting aside arguments over who has priority and not, they’re going to have to be reduced.”

When asked if the district is prepared to take a cut, Ortega said “I think it’s very clear, not just based on the hydrology, but based on the severity of the situation, that everybody is being asked to do their part.”

Any agreement with the Imperial Valley district would likely include action on long-stalled efforts to restore the Salton Sea, a lake that provides important habitat for migratory birds in an arid section of the state, even though the fertilizer-laden agricultural runoff has made it inhospitable to fish and other wildlife.

States need to come up with a plan by August to cut water in 2023, when the Bureau of Reclamation meets to set annual operations for Lake Mead and Lake Powell.

The cuts are in some ways an emergency measure, borne out of an urgent need to keep the dams at Lake Mead and Lake Powell functioning. The Colorado River States are scheduled to renegotiate the wider guidelines by 2025, when the 2007 agreement expires.

But the cuts are not likely to lift anytime soon — or maybe ever. Water levels in the river have fallen since the initial agreement in 1922, and with continued drought in the West, there’s no indication that states will be able to return to their full allocations.

Marcus, at Stanford, sees this round of reductions as overdue after incremental cuts that, she said, haven’t been nearly enough.

“Had we done it earlier, we wouldn’t be as close to the events as we are right now,” Marcus said. “So you need to really get real and have these serious conversations.”