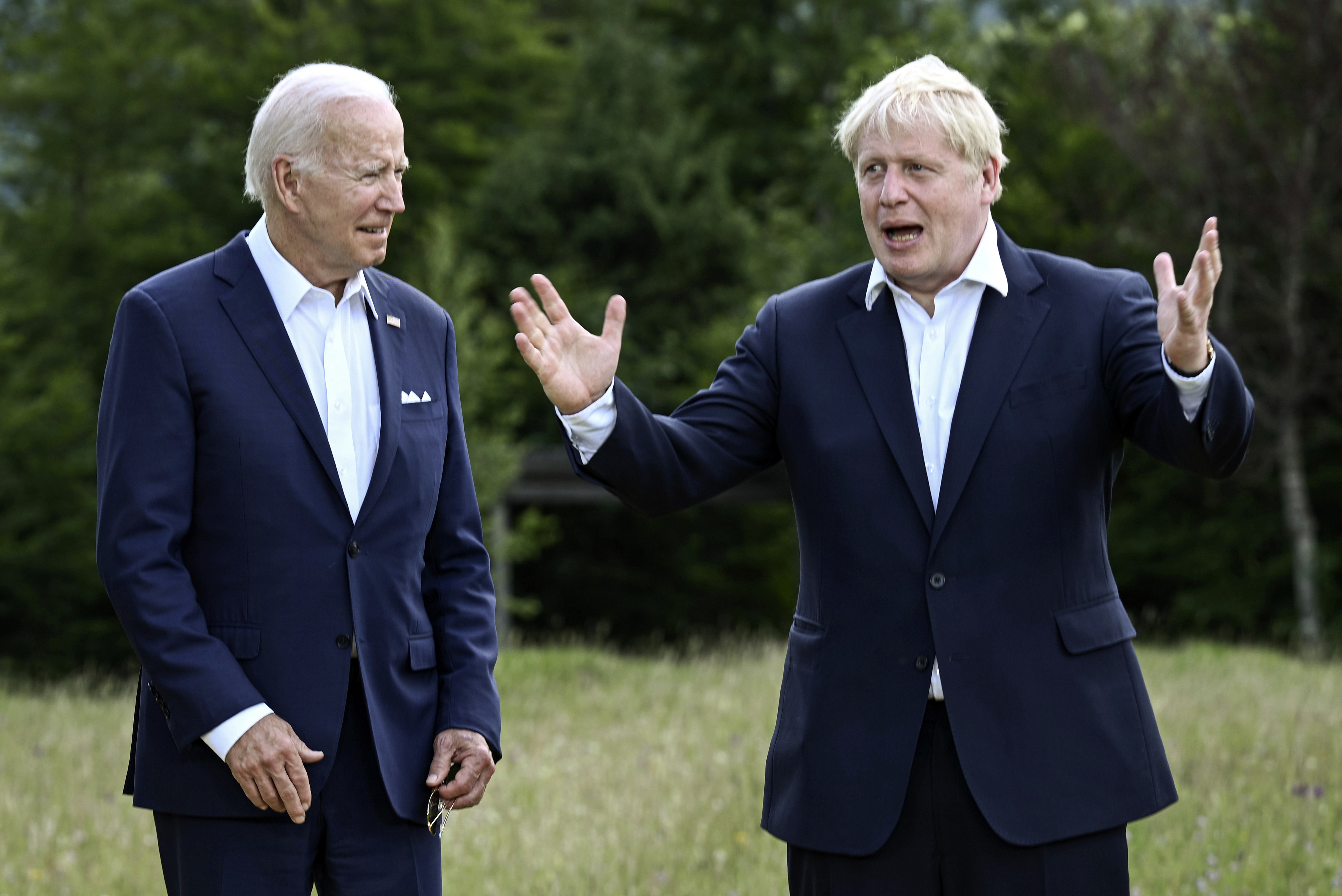 The so-called special relationship that binds the United States and the United Kingdom has survived wars, Donald Trump and Brexit.

It will survive the departure of Boris Johnson. It might even improve.

And if his no-namecheck statement on the matter is any indication, President Joe Biden is ready to move on.

Johnson’s resignation as the U.K. prime minister on Thursday is a jolt to the Washington-London alliance, not to mention the Western partnership backing Ukraine in its war with Russia. The calculating, floppy-haired British leader, a man of enormous ambition, announced that he was quitting after a string of scandals led most of his Conservative Party allies to abandon him, although he’s hoping to stay on as a caretaker prime minister until a replacement is selected.

Outwardly, U.S. officials are playing it cool even as the resignation has rattled the U.K. If the clamor surrounding Johnson’s myriad scandals fades and a more solid prime minister emerges, that could work to Washington’s benefit.

“Johnson has lurched from one political crisis to the next,” pointed out Charles Kupchan, a former senior U.S. official who dealt with European issues. “Washington could use a steadier hand in London to help guide the transatlantic community amid Russia’s ongoing aggression against Ukraine, building competition with China, and high levels of inflation and economic dislocation.”

U.S. presidents tend to avoid interfering in the domestic politics of allies, and the Biden administration has largely steered clear of commenting directly on the political peril that has engulfed Johnson in recent days. In fact, in a statement after Johnson’s announcement Thursday, Biden did not mention his outgoing counterpart directly.

“I look forward to continuing our close cooperation with the government of the United Kingdom, as well as our allies and partners around the world, on a range of important priorities,” Biden said. “That includes maintaining a strong and united approach to supporting the people of Ukraine as they defend themselves against [Russian President Vladimir] Putin’s brutal war on their democracy, and holding Russia accountable for its actions.”

Even if the U.S. were to have been more nosy about Britain’s internal political chaos, Johnson was unlikely to find much comfort from Biden.

The two men in the past had differences over both style and substance, and some of the damage was done long before Biden was president.

The Oxford-educated Brit once questioned whether former President Barack Obama, Biden’s one-time boss, was inclined to dislike Britain’s imperial past because of his part-Kenyan heritage. He also likened former Secretary of State Hillary Clinton to a “sadistic nurse in a mental hospital.”

And, of course, Johnson had cozied up to Trump, who supported his campaign to pull Britain out of the European Union. In fact, Biden described Johnson as “kind of a physical and emotional clone” of Trump, whose erratic and scandal-plagued term in the White House also did not unravel U.S.-U.K. ties.

The idea of Brexit was never popular in Biden circles, and the fallout from that break-up has led to lingering tension between Biden and Johnson over the impact on Northern Ireland and the Good Friday agreement that has kept the peace there. Post-Brexit Britain also has failed to convince the Biden team to grant it a bilateral trade deal, a deep frustration for a government in London that in some ways needs the U.S. more than ever now that it has left the EU.

Still, Biden and Johnson managed to cooperate on other fronts, not the least of which is rallying support in Europe and beyond for Ukraine as it has fought against a brutal invasion. Biden also brought the U.K. into a defense pact with Australia that left out and angered America’s “oldest ally,” France. The two leaders also have been like-minded on the importance of battling climate change.

The day-to-day, or even long-term, impact of Johnson’s exit on the U.S. and British government-to-government relationship should be minor, former officials and analysts say. The system, run mainly by career civil servants, is designed to be largely shielded from such political vicissitudes. That’s especially true of military and intelligence cooperation, where the two countries are unusually close.

Biden and Johnson are both “personable,” and “got on well” when they met, said a person familiar with the relationship.

The person noted that both men appreciate history, and that they bonded in part as they looked at a copy of the original Atlantic Charter in their first face-to-face session as leaders of their governments. The 1941 charter, released by then-President Franklin D. Roosevelt and then-Prime Minister Winston Churchill, laid out a vision for the post-war world. Biden and Johnson signed a 21st-century version of the charter that included topics like climate change.

“It is hard to dislike the jovial and effusive Mr. Johnson,” said Heather Conley, president of the German Marshall Fund of the United States, “but President Biden certainly does not support any efforts to jeopardize the Good Friday Agreement or approve of his brand of populism.”

Johnson — who grew up in elite British circles — rode that populist wave into a Brexit-infused leadership post. His various scandals included apparently allowing staff parties despite Covid-19 restrictions and, more recently, questions about when and how much he knew about sexual misconduct allegations involving an aide.

Britain’s Conservatives are overall more moderate than America’s Republican Party, including on topics such as climate change or abortion. In booting Johnson, the Conservative Party also showed it had less tolerance for leadership scandals than Republicans, who have largely stood by Trump despite two impeachments and other strife.

Few expect Britain under another prime minister — likely to be one of Johnson’s fellow Conservatives — to sway in its support for Ukraine. There is the question, though, of how intense that support will be. After all, Johnson may have found the Ukraine issue a helpful distraction from his domestic problems.

“Whoever comes next may have other priorities and domestic distractions,” said David Kramer, a former senior State Department official. “I hope there will be continuity when it comes to dealing with the Russian threat.”

“We have no doubt that Great Britain’s support will be preserved,” Zelenskyy said, according to a readout of his call with Johnson posted Thursday. “But your personal leadership and charisma made it special.”