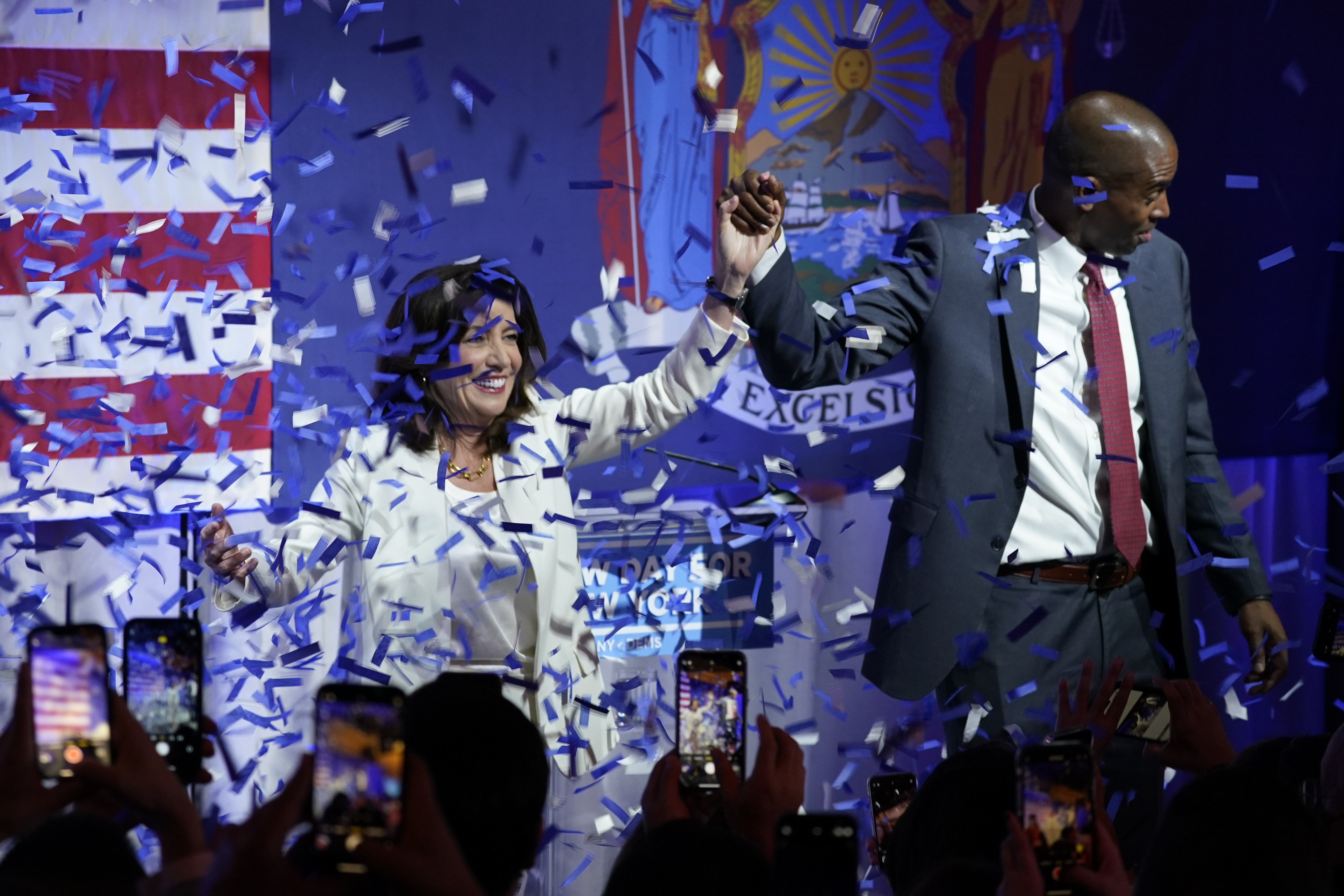 ALBANY, N.Y. — Republican leaders in New York have spent over a year touting Rep. Lee Zeldin as their best hope to recapture the executive branch. But while his conservative positioning and clout easily pulled him through Tuesday’s primary, Zeldin must now repaint himself as a viable gubernatorial candidate with multi-party appeal in a deep-blue state.

Zeldin faces the daunting task of challenging incumbent Democratic Gov. Kathy Hochul in November after they each emerged victorious from their respective primaries Tuesday night. And Hochul quickly framed her Republican foe, not by name, as a member of the “right wing extremists” set to strip abortion rights and gun control.

The race in the nation’s fourth largest state will be one of the highest profile battles over what will weigh most strongly with voters: social issues or economic ones as New York struggles with high crime, a population exodus and questions about whether New York City can return to its pre-pandemic activity.

And it will be an extraordinary test for Republicans, who have lost each of the past 24 statewide elections in New York. The last Republican to win statewide office was former Gov. George Pataki — when he won a third term in 2002.

The landscape hasn’t gotten any better for Republicans from an enrollment perspective. New York now has nearly 6 million Democrats and about 2.7 million Republicans. There now are more voters registered as “blank” or no party than in the GOP, according to the Board of Elections most recent count.

But Zeldin sees a path to victory by seizing on rising crime, population losses in the state and its high cost of living.

“This isn’t just a red wave,” Zeldin said in his victory speech Tuesday. “This is a common sense wave that reaches out to everybody across our state.”

Zeldin will have to pull some of those voters, alongside the entire Republican electorate, in order to triumph. It’s a difficult task, especially for a politician who spent the past handful of years as one of former President Donald Trump’s fiercest defenders, including voting against certifying the Electoral College results amid Trump’s false claims of election fraud.

The 45th president remains deeply unpopular in his home state, as are many of Zeldin’s other well-documented positions, including those on guns and abortion. Large majorities of voters support new gun restrictions passed in the wake of the shooting in a Buffalo supermarket that killed 10 people, according to a Siena College Research Institute poll from earlier this month.

And 60 percent of all voters wanted the Supreme Court to uphold Roe v. Wade.

Hochul has embraced that by working with the Democratic-led state Legislature to pass stronger gun laws and abortion protections.

“Our rights and values are once again at stake. Rights and freedoms that we fought for and secured once before, we have to secure again,” she said during her victory speech. “But we are not powerless. We will not cede these rights. When one side declares war, the other side has a choice — surrender or fight back. I say we fight back.”

Zeldin, meanwhile, has stuck with the conservative themes through the primary campaign.

He told a group opposed to abortions that he would appoint a health commissioner with the same beliefs and provide advocates who do not support abortion rights with “open door access” to his administration if elected.

During a campaign stop weeks prior to the Buffalo shooting, Zeldin blasted New York’s strict gun laws — including the red flag law that allows guns to be restricted from people who pose danger to themselves or others— and said people should “have a right to stand [their] ground.” 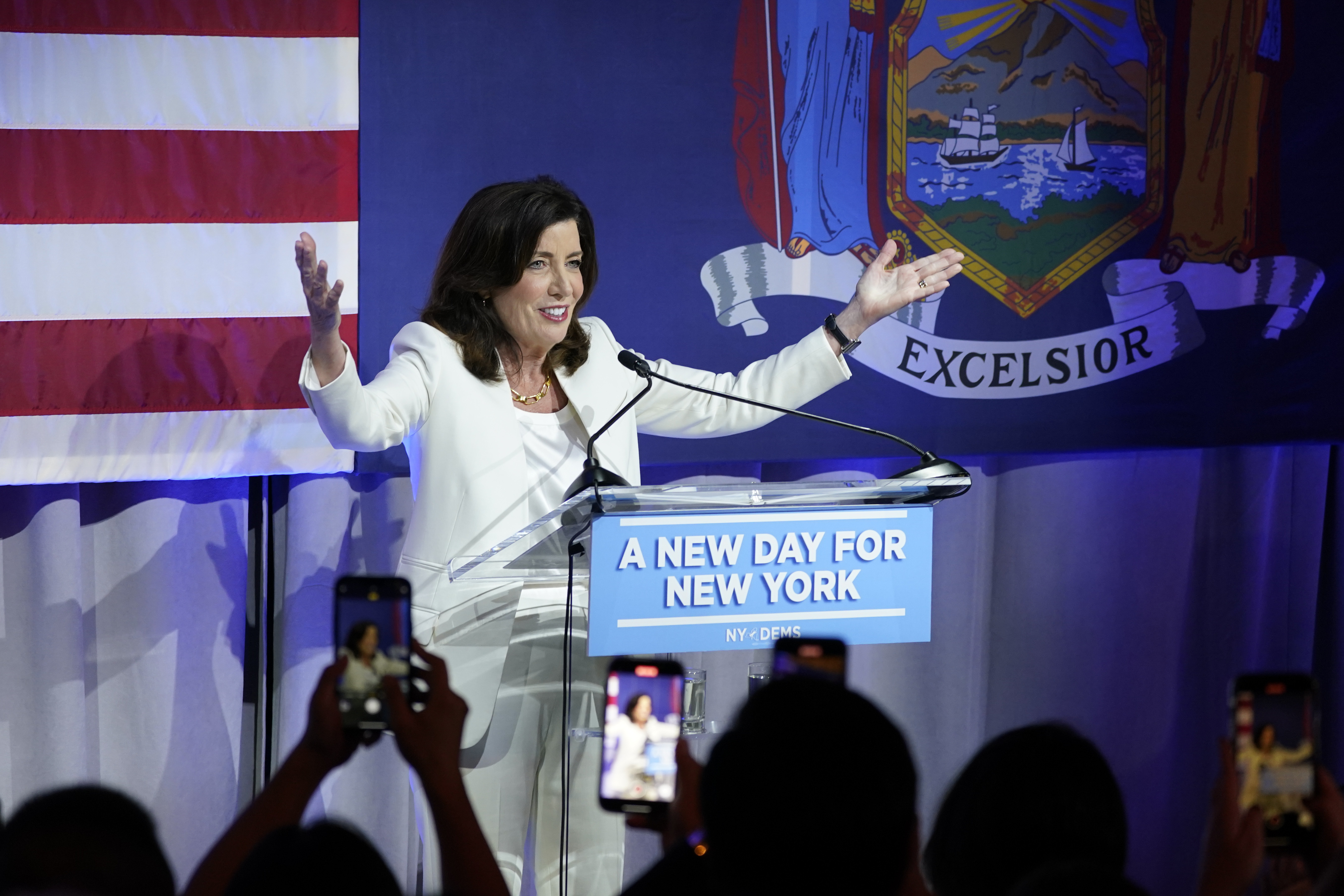 Emphasizing those discrepancies already seems to be the plan from Hochul’s camp, which has spent more time laying that case for a win in November than the primary.

During their victory speeches Tuesday, Hochul nodded to Zeldin as a “a Trump cheerleader” trying to “set us backward” and Lt. Gov. Antonio Delgado warned of “dark forces” trying poison New York.

“New Yorkers need a governor who will protect them, not control them with far-right agendas,” Democratic Party spokesperson James Martin said in a release blasting Republican candidates as trying to “out-MAGA each other” with “extremist” positioning.

Already Zeldin has showed attempts to reframe his ideology as less divisive.

He later clarified that his remarks about red flag laws shouldn’t apply if they are targeting “law-abiding New Yorkers.”

But no anti-abortion candidate for governor has won in New York since at least the late 1950s. And with the Supreme Court ruling to overturn Roe v. Wade, the issue will be front and center more than ever.

Zeldin argued in an appearance in Albany on Monday that he can find common ground with plenty of voters.

“New York has already codified far more than Roe v. Wade, and when that decision was made to get to that point where you’re legalizing non-doctors performing abortion, when you have a process for a late-term partial birth abortion in this state, when you don’t provide for informed consent, you’re not doing enough to promote adoption — you’re actually creating a reality where I — being somebody who is pro-life — have people who are pro-choice in this state agreeing with me on certain aspects.” 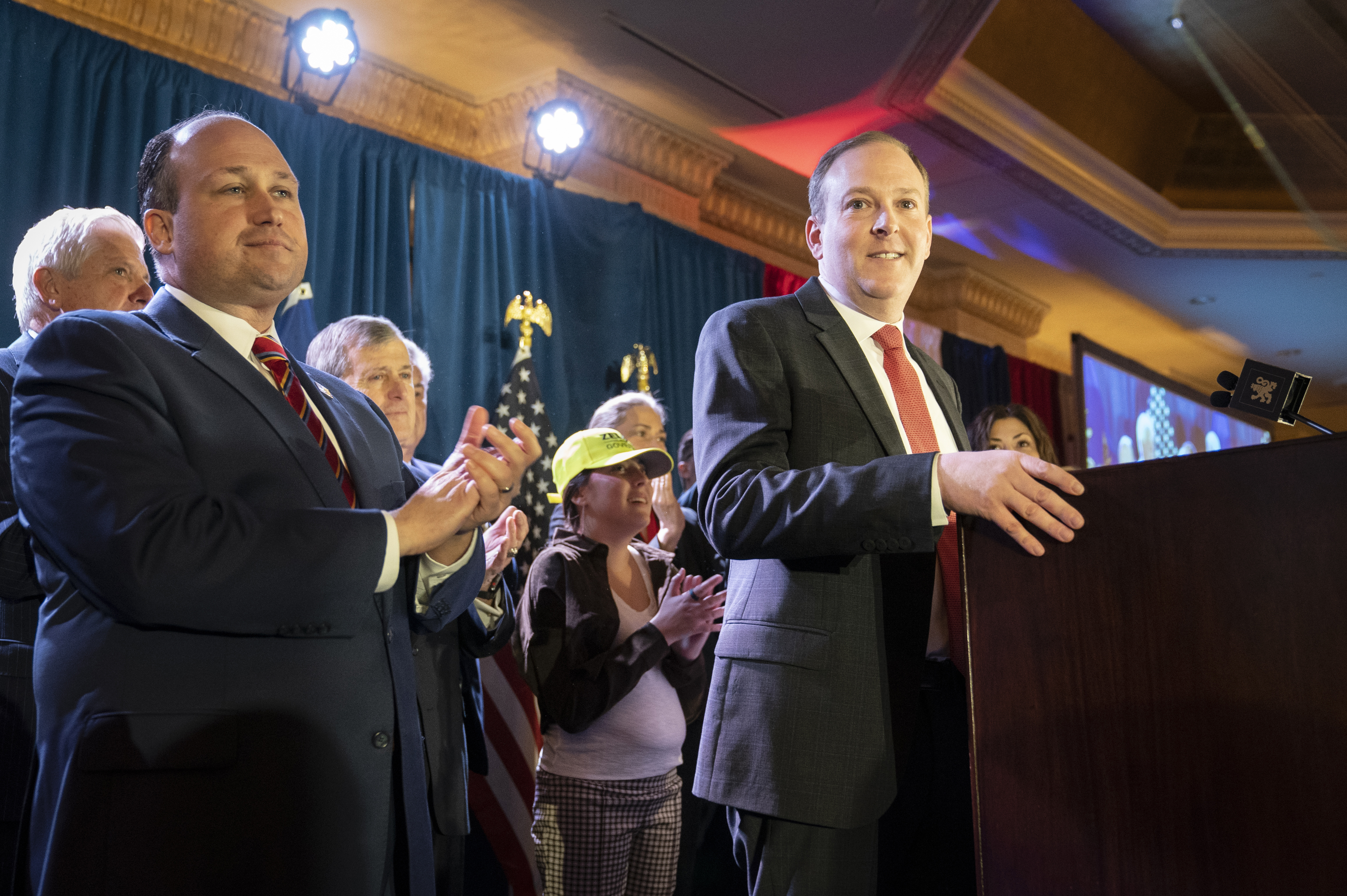 He has focused on the issue of rising crime rates throughout his campaign, including when he selected former NYPD commander Alison Esposito as his running mate. That’s an issue that polls show resonates with New Yorkers, and it’s one that has periodically fueled Republican upsets in the past — including as recently as the local contests on Long Island in 2021.

“Unfortunately for Kathy Hochul, [the Roe decision] is not going to have the impact that she is praying to the abortion gods above that it would have on her political fortunes,” Zeldin said Monday.

On Tuesday, Hochul was focused on a progressive message after easily beating back her Democratic primary foes that ran to her left and right. And she’ll have more campaign money to drive home her points in the heavily Democratic state.

“Let me say it loud and clear: Abortion rights aren’t going anywhere, not while I’m your governor,” Hochul exclaimed. “What we demonstrated with this victory tonight is that New York Democrats have confidence in our leadership and in the ability for the first woman to govern a very rough and tumble place like New York.”