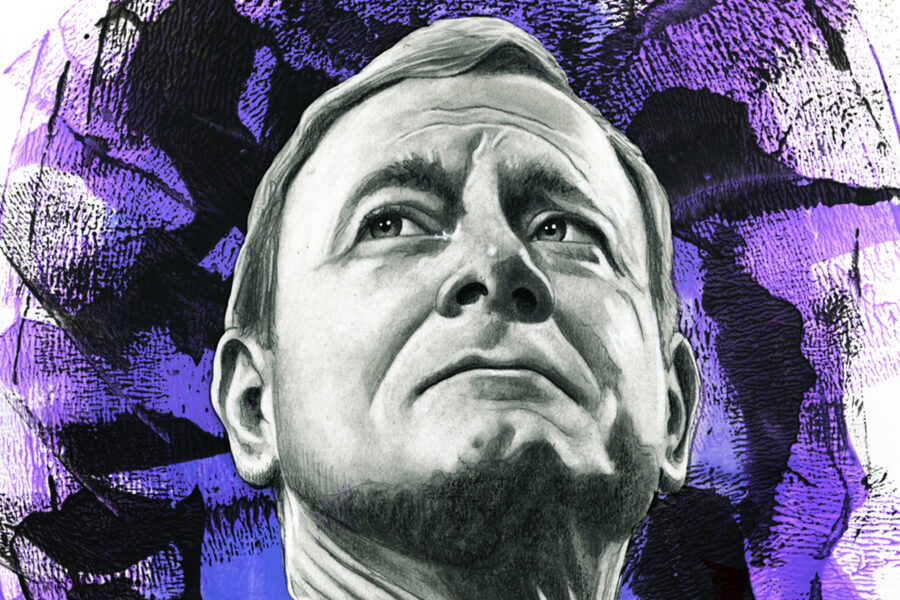 After nearly seven months of deliberations, Roberts found precisely zero takers among his fellow justices for his incrementalist approach that would have avoided overruling Roe for now, but allowed Mississippi to impose a near ban on abortions after 15 weeks of pregnancy.

The court’s conservatives dismissed Roberts’ stance as unprincipled and impractical, while the liberal justices called it “wrong” without detailing their objections.

Ultimately, Roberts’ opinion amounted to an afterthought that had no impact on the outcome of the case.

And with the tumultuous Roe decision, the Roberts court legacy takes on a historic taint of polarization that the chief justice may not be able to unwind as he stares down the remaining years of his term overseeing a court that he clearly can’t control or cajole.

“This was clearly a rough term, but here is the capstone piece of evidence of just how little this is still the Roberts court,” said University of Texas law professor Stephen Vladeck. “This is a court that is fighting with each other past the chief. The bitterness, the intensity, the hostility is a reflection of the chief’s powerlessness because he can’t control either block.”

“This stands as the most important decision of his tenure as chief justice and he’s not part of it,” American University professor and historian Stephen Wermiel said. “Roberts obviously tried hard to persuade the court I think to not go that far. … I presume he put all his cards on the table and, in the most important case of his tenure, he came up short.”

Roberts came to the court with sterling conservative credentials and was confirmed on a 78-22 vote in 2005. He was lauded by former President George W. Bush and had the support of the entire Republican establishment who saw the young chief as the vanguard of next generation of constitutional conservatives on the court.

Yet, Roberts on Friday found himself alone. He tried to avoid the very fallout that he believed the court could have avoided by stopping short of overturning Roe, and seems keenly aware of how Americans view the Supreme Court. The court continues to drop in its approval ratings with the public and it can’t seem to escape the perception that the institution’s decisions are being driven by politics, not principle.

The snub Roberts suffered Friday would be humbling for any chief justice given the way in which abortion-related decisions bring a white-hot spotlight to the court. But it’s just the latest in a series of blows Roberts has sustained in recent weeks that have fueled doubts about his ability to manage an increasingly fractious court.

Early last month, POLITICO shocked courtwatchers by publishing a draft of the majority opinion in the abortion case the court decided Friday. The unprecedented disclosure startled the justices, their law clerks and court staff. One day later, Roberts confirmed the authenticity of the draft, ordered an investigation and said the breach would have no impact on the court’s operations.

The following week, the longest-serving member of the court — Justice Clarence Thomas — called the leak “tremendously bad” and he contended it was fueled by a deterioration in relations at the court in recent years. Thomas didn’t mention Roberts by name, but expressed a clear preference for a period that ended around the time when the chief was confirmed in 2005.

“This is not the court of that era,” Thomas said at a conference of conservatives. “We may have been a dysfunctional family, but we were a family.”

The atmosphere at the court has also grown tense in recent weeks as Roberts has had to grapple with questions about the scope and tactics of the leak investigation and about security threats that emerged after the report that Roe was on the verge of being overturned. The court erected an eight-foot anti-riot fence around its historic building and further postponed plans to allow the public to return to its courtroom and public spaces.

Justices were given 24-hour security details as protests erupted outside some of their homes. And in the most chilling incident, earlier this month, a California man showed up outside Justice Brett Kavanaugh’s Maryland home allegedly intent on killing the justice. Police say the man was armed with a gun and a knife and he expressed anger about the expected abortion ruling and recent mass shootings.

Against that chaotic backdrop, Roberts had to weather Friday his conservative colleagues uniformly endorsing an opinion unapologetically picking apart his suggestion that the court stop short of overturning Roe v. Wade and “leave for another day” the most pointed questions about that decision. Indeed, the only substantive changes to Justice Samuel Alito’s original draft are rebuttals to the dissenters and to Roberts’ argument for more restraint from the court.

Mustering only the slightest deference for the chief, Alito’s opinion declared: “The concurrence’s most fundamental defect is its failure to offer any principled basis for its approach.” Alito also bluntly dismisses one of the central tenets of Roberts’ opinion as “simply incorrect.”

The repudiation of Roberts in the abortion case was indisputable and prompts the fundamental question of what degree of leadership is or should be expected from a chief justice. There have clearly been chief justices out of sync with the majority of their colleagues.

Few people batted an eye when chief justices like Warren Burger or William Rehnquist found themselves in dissent. It’s also true that few decried a lack of leadership by Roberts when he joined most of the court’s conservatives on the losing side of 5-4 cases like the 2015 ruling that found a federal constitutional right to same-sex marriage.

The public is also witnessing a court that has shifted rightward in the past few years, leaving Roberts at one point at the ideological center of the court at least on some issues and now at least in relative terms to the left of the migrating center of a court with a six-justice supermajority.

“No one can deny that from 2018 until when Ruth Bader Ginsburg died this was the Roberts court in every way that mattered,” Vladeck said. “The consequences of that no longer being true are incalculable but run the gamut from what the court is doing to how justices are behaving to how the institution functions. … When the median vote on the court became Brett Kavanaugh and Amy Coney Barrett, it’s a very different court than any of us have seen in our lifetimes.”

Some experts believe the differences the court’s Republican appointees have with Roberts will soon be papered over as the conservative majority focuses on pressing its agenda in other areas like affirmative action and reining in the power of the regulatory state, issues where Roberts tends to be more aligned with his conservative colleagues.

“This is the moment conservatives have been waiting for,” Wermiel said. “I think they’ll figure out how to continue to work together. … The conservative majority has a lot of work to do next term.”

Still, when the history of the Roberts court is written, the outcomes of those cases seem unlikely to challenge for top billing the abortion decision where the chief justice essentially stood aside as his conservative colleagues unleashed the most impactful and controversial decision in nearly half a century.