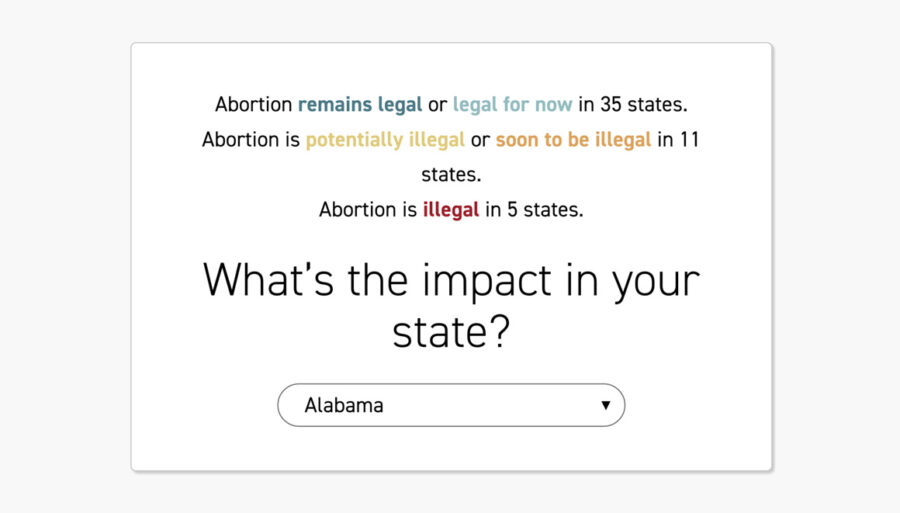 Abortion policy is in the hands of the states following the Supreme Court’s Friday decision to overturn Roe v. Wade.

But it could take months for all the legal maneuvering to be completed and for the nation to have a more definitive picture over where abortion is legal, said Greer Donley, a professor specializing in reproductive health care at the University of Pittsburgh Law School.

Until then, Donley expects it will be difficult to explain to people the legal landscape on abortion, and she is concerned that the legal limbo will lead to “immediate total chaos” abortion patients and providers.

“It’s going to be a real nightmare,” Donley said. “Literally, all I do all day is think about abortion law. It’s my only job. And there’s questions that I can’t answer.”

Only three states — South Dakota, Louisiana and Kentucky — have laws that immediately ban most abortions.

Most states with so-called trigger laws require the attorney general, governor or legislature to certify that the court’s opinion does, indeed, overturn Roe, include a delay of up to 30 days before they take effect, or both.

In other states, court action will likely be necessary to determine whether states’ pre-Roe abortion bans can take effect or enjoined laws restricting access to the procedure can be lifted, a process legal experts anticipate could take weeks to months. That means abortion will remain legal, at least in the short term, in places such as Ohio.

The 13 states with trigger laws also have different exceptions to their near-total bans. While they all allow abortions to save the life of the pregnant person, only five include exceptions for rape or incest.

There’s another group of states where pre-Roe abortion bans could spring back into effect.

For instance, abortion-rights advocates in Wisconsin believe the state’s pre-Roe ban will likely force abortion providers to shut their doors because of legal uncertainties around the statute of limitations, even though Democratic Attorney General Josh Kaul, who is running for reelection this year, has said he will not enforce the state law and has urged local prosecutors to do the same. Abortion-rights opponents in the state are anticipating legal challenges, too.

“No one is probably going to be happy with what happens immediately,” said Gracie Skogman, legislative and PAC director for Wisconsin Right to Life.

Advocates on both sides also anticipate immediate legal action in states where pre-Roe laws or other laws restricting access to abortion prior to viability have been blocked by federal courts. Georgia, Ohio, South Carolina and Iowa have laws prohibiting abortion once a fetal heartbeat is detected, around six weeks, but those laws were blocked by judges operating under Roe.

“All of our laws should protect innocent lives,” said Denise Harle, senior counsel and director of Alliance Defending Freedom’s Center for Life. “If Roe is overturned, any injunctions against a state’s pre-Roe law that were based on Roe would no longer hold. Once those injunctions are dissolved, the law can be enforced.”

Abortion will remain legal in the remaining 27 states, though the laws in those states aren’t uniform either.

At one end of the spectrum are Colorado, New Jersey, Oregon and Delaware, the four states that protect the right to abortion throughout pregnancy. At the other is Florida, where a 15-week ban is set to go into effect in July and where court action could undo state constitutional protections for abortion, and Indiana, where 100 Republican lawmakers have called on Gov. Eric Holcomb to call a special session on abortion.

Explore the table below for more on each state’s abortion laws: