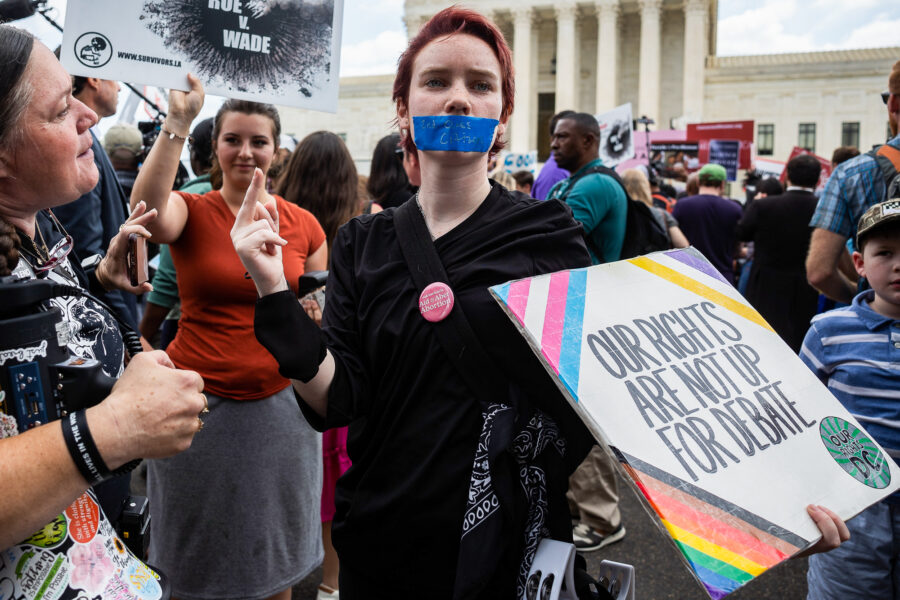 Justice Clarence Thomas argued in a concurring opinion released on Friday that the Supreme Court “should reconsider” its past rulings codifying rights to contraception access, same-sex relationships and same-sex marriage.

The sweeping suggestion from the current court’s longest-serving justice came in the concurring opinion he authored in response to the court’s ruling revoking the constitutional right to abortion, also released on Friday.

In his concurring opinion, Thomas — an appointee of President George H.W. Bush — wrote that the justices “should reconsider all of this Court’s substantive due process precedents, including Griswold, Lawrence, and Obergefell” — referring to three cases having to do with Americans’ fundamental privacy, due process and equal protection rights.

Since May, when POLITICO published an initial draft majority opinion of the court’s decision on Friday to strike down Roe v. Wade, Democratic politicians have repeatedly warned that such a ruling would lead to the reversal of other landmark privacy-related cases.

The court’s liberal wing — Justices Stephen Breyer, Sonia Sotomayor and Elena Kagan — echoed those concerns in a dissenting opinion released on Friday, writing that “no one should be confident that this majority is done with its work.”

The constitutional right to abortion “does not stand alone,” the three justices wrote. “To the contrary, the Court has linked it for decades to other settled freedoms involving bodily integrity, familial relationships, and procreation.”

The court’s past rulings in Roe, Griswold v. Connecticut, Lawrence v. Texas, Obergefell v. Hodges and other cases “are all part of the same constitutional fabric,” the three justices continued, “protecting autonomous decisionmaking over the most personal of life decisions.”

The court’s majority opinion, written by Justice Samuel Alito, repeatedly insists that the justices’ decision to abandon Roe poses no threat to other precedents.

“Our decision concerns the constitutional right to abortion and no other right,” Alito wrote. “Nothing in this opinion should be understood to cast doubt on precedents that do not concern abortion.”

However, the court’s liberal wing argued that assurance was unsatisfactory, given Thomas’ simultaneous invitation on Friday to open up numerous other precedents for review.

“The first problem with the majority’s account comes from [Thomas’] concurrence — which makes clear he is not with the program,” Breyer, Sotomayor and Kagan wrote, adding: “At least one Justice is planning to use the ticket of today’s decision again and again and again.”

Still, no other justice joined Thomas’ concurring opinion, which largely reiterated his long-stated views on the legal theories behind many of those decisions.

Furthermore, it appears doubtful that many of Thomas’ conservative colleagues would be eager to revisit issues like contraception and same-sex marriage anytime soon, considering the claims in Alito’s majority opinion that the court’s ruling on Friday casts no doubt on those decisions.

Still, by declining to explicitly repudiate Thomas’ stance, his conservative colleagues provided fodder to the court’s liberal members and left-leaning critics to warn that more overrulings of precedent are on the way.

Of those in the majority on Friday, Justice Brett Kavanaugh came closest to rejecting Thomas’ position, although without mentioning him by name. In a solo concurring opinion, Kavanaugh wrote: “Overruling Roe does not mean the overruling of those precedents, and does not threaten or cast doubt on those precedents.”

Speaking from the White House shortly after the decision was released, Biden directly invoked Thomas’ concurring opinion and reasserted that the ruling “risks the broader right to privacy for everyone.”

“Roe recognized the fundamental right to privacy that has served as a basis for so many more rights that we’ve come to take for granted, that are ingrained in the fabric of this country,” Biden said. “The right to make the best decisions for your health. The right to use birth control. A married couple in the privacy of their bedroom, for God’s sake. The right to marry the person you love.”

With his concurring opinion, Thomas “explicitly called to reconsider the right of marriage equality [and] the right of couples to make their choices on contraception,” Biden continued. “This [is an] extreme and dangerous path the court is now taking us on.”