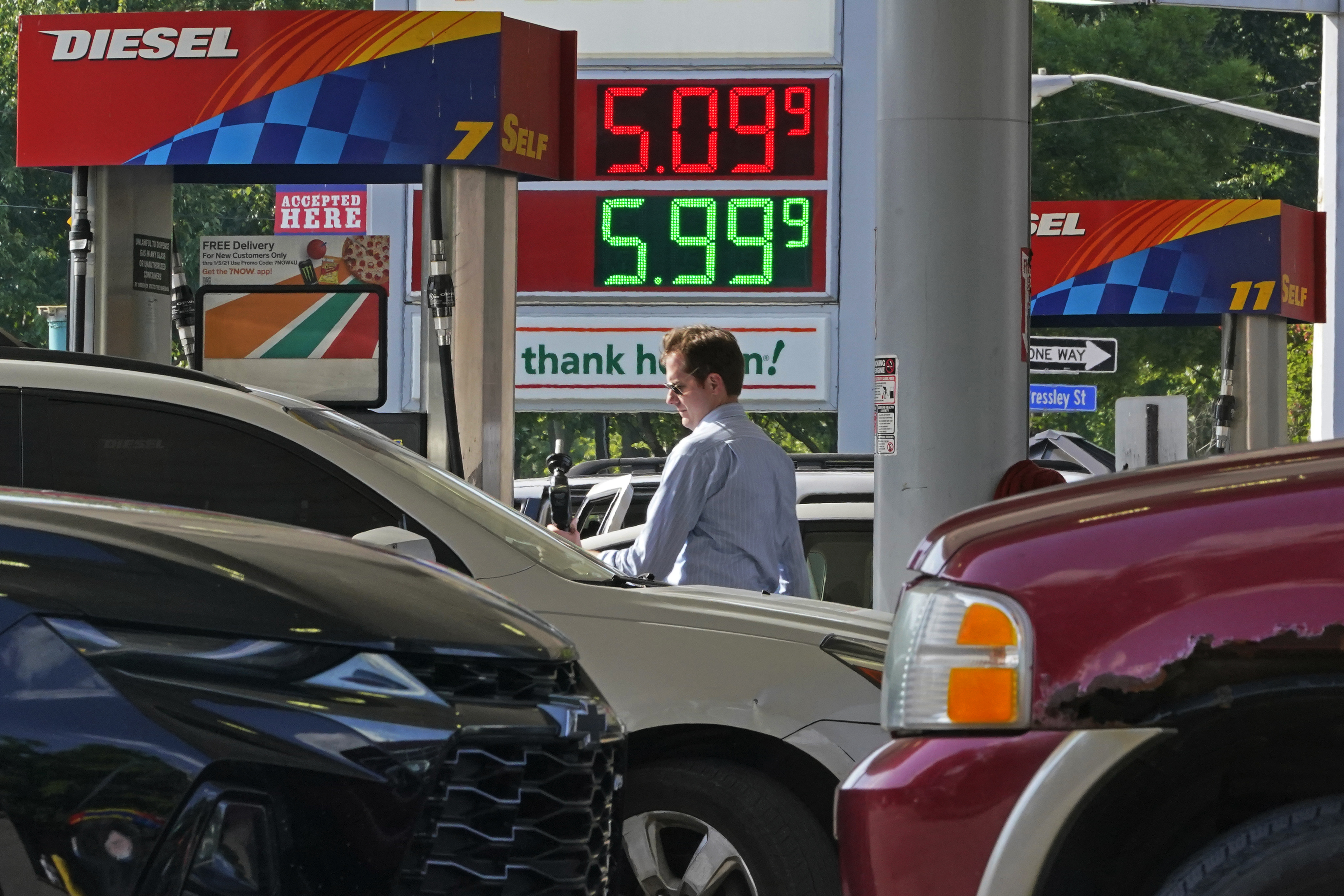 President Joe Biden plans to call for suspending the federal gasoline tax in his latest bid to curb rising fuel prices, according to multiple Democrats familiar with discussions, who said it stands almost no chance of passage in Congress.

Biden is expected to ask lawmakers to suspend a federal 18-cent-per-gallon levy while also urging individual states to suspend their own gas taxes — a reflection of the intensifying political pressure on a White House combating near-record levels of inflation.

White House officials began telegraphing their intentions over the weekend: Multiple Democrats received phone calls from aides in the legislative affairs office, informing them Biden was strongly considering the idea.

Biden is expected to deliver remarks on gas prices at 2 p.m. on Wednesday.

“President Biden has made clear he is committed to doing everything he can to reduce gas prices for the American people, and he will have more to say on this tomorrow,” a White House official said.

Biden’s gas tax holiday, however, has already been met with skepticism from senior Democrats in the House. Speaker Nancy Pelosi and others have questioned whether the policy will lead to savings at the pump, rather than excess profits for gas companies. Democrats chose not to include it in their own bill aimed at lowering gas prices last month.

“I’ve not been a proponent of the gas tax [holiday],” House Majority Leader Steny Hoyer said in a brief interview on Tuesday night. “I just don’t know that it gives much relief.”

On Tuesday, Biden offered a preemptive defense of the proposal, arguing that while it would have some financial effect on the highway trust fund, “it’s not going to have an impact on major road construction and major repairs.”

Biden’s pleas for Congress and states to take action on a gas holiday will arrive as millions of Americans prepare for summertime driving, including over next month’s July Fourth weekend. But in reality, any federal gas holiday does not have the broad Democratic support, let alone the multiple Republicans needed to pass the policy in the Senate.

The more likely scenario, multiple Democrats acknowledged on Tuesday evening, was for Biden to put pressure on states to enact their own gas tax holidays, as states like Maryland have already done, though with limited political gains. Privately, some Democratic lawmakers dismissed the move as “too little, too late,” with gas prices expected to rise even more sharply through the summer and no long-term strategy to combat it.

Still, Democrats in some of the nation’s toughest races — who have been eager to see Biden take action on rising prices — embraced the idea.

“I’m for it,” said Rep. Dan Kildee, who is running in a critical battleground in Michigan. “I was for it a long time ago.”