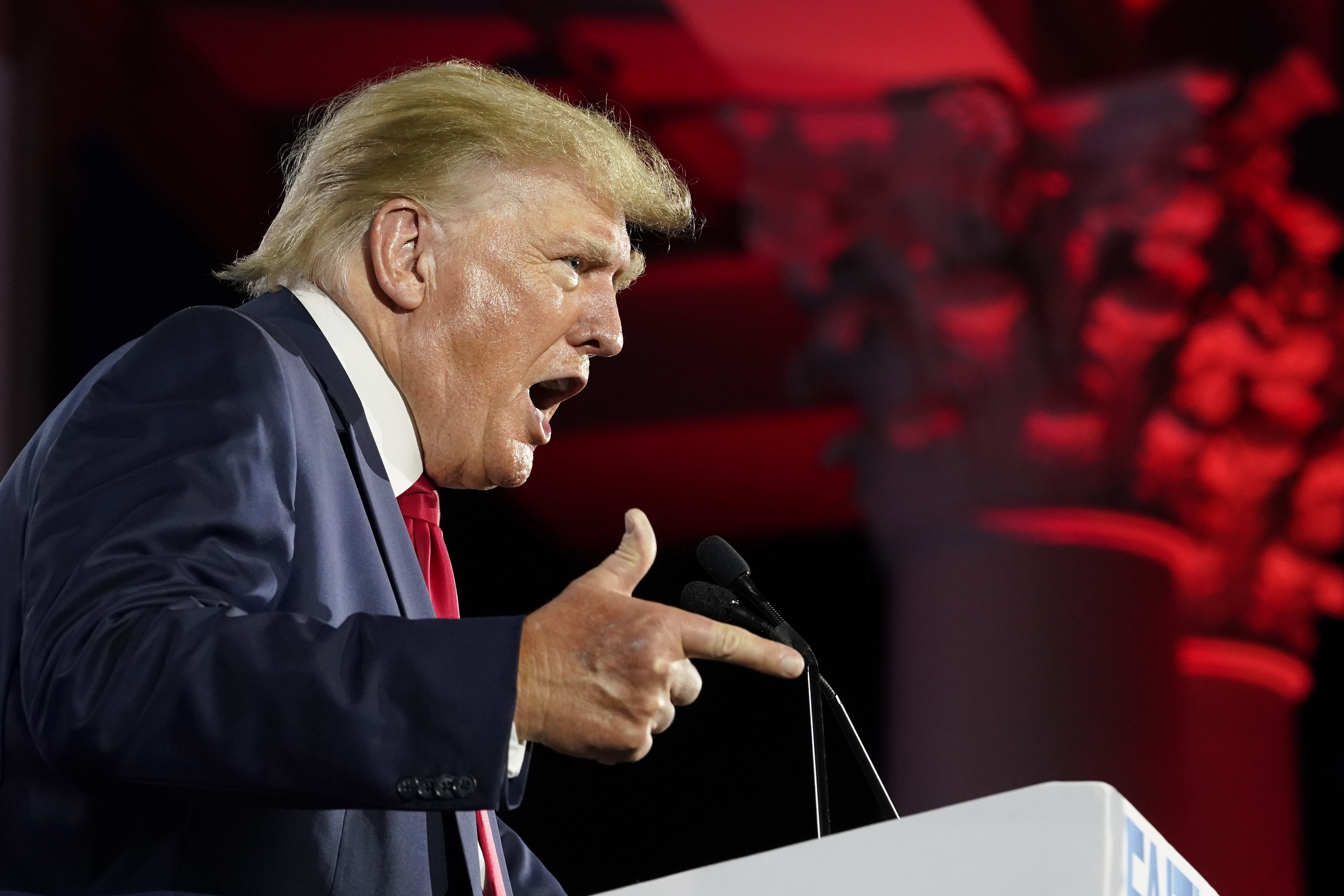 NASHVILLE, Tenn. — Ralph Reed still isn’t sure how the Faith & Freedom Coalition is going to handle 2024.

Reed, the founder of the conservative Christian organization, played a key role in convincing evangelicals to put aside their skepticism of Trump and back him in the 2016 general election.

He urged them to support Trump’s reelection in 2020. But the prospect of a third Trump run is complicating matters, and Reed isn’t yet committing to endorsing the former president, should he seek the nomination again and face a field of other Republicans in a primary.

The group’s annual national conference this week at the Opryland resort in Nashville is, officially, midterm election-themed. But the gathering was also a soft launch for some of the candidates evangelical voters may consider during the 2024 primaries — with or without Trump running.

For now, Reed sees it as the evangelical group’s role to remain neutral during the primary, like in 2012 and 2016, and offer potential 2024 candidates an opportunity to make connections with the Christian voters who will play an outsized role in deciding the nominee.

“We’ve never really tried to be the churchgoing version of the party bosses in a smoke-filled room trying to figure out who the nominee ought to be,” Reed said. “We figure the best thing to do is to provide a platform for those candidates and assist them, informally, by letting them know the best way they can connect with and make their case to those voters and pastors.

“After that, we let the market decide.”

The event has proven effective as a cattle call for candidates ingratiating themselves with conservative Christians — as has befriending Reed, which Trump first did in 2011, when he cold-called Reed for advice on appealing to evangelical voters. Trump spoke at the conference that year, and Friday’s appearance marked his seventh at the annual event, Reed said.

“Would anybody like for me to run for president?” Trump asked the crowd. Much of the audience jumped to their feet with resounding applause and cheering, making clear that their support for Trump has not diminished.

The former president, though, wasn’t the only one whose speech was enthusiastically received at the gathering.

The stage in Nashville offered potential 2024 candidates like Sens. Tim Scott (R-S.C.) and Rick Scott (R-Fla.) and former United Nations ambassador Nikki Haley the chance to directly address some of the nation’s most influential evangelical grassroots activists and local leaders. On Saturday night, former Secretary of State Mike Pompeo is scheduled to deliver a speech. 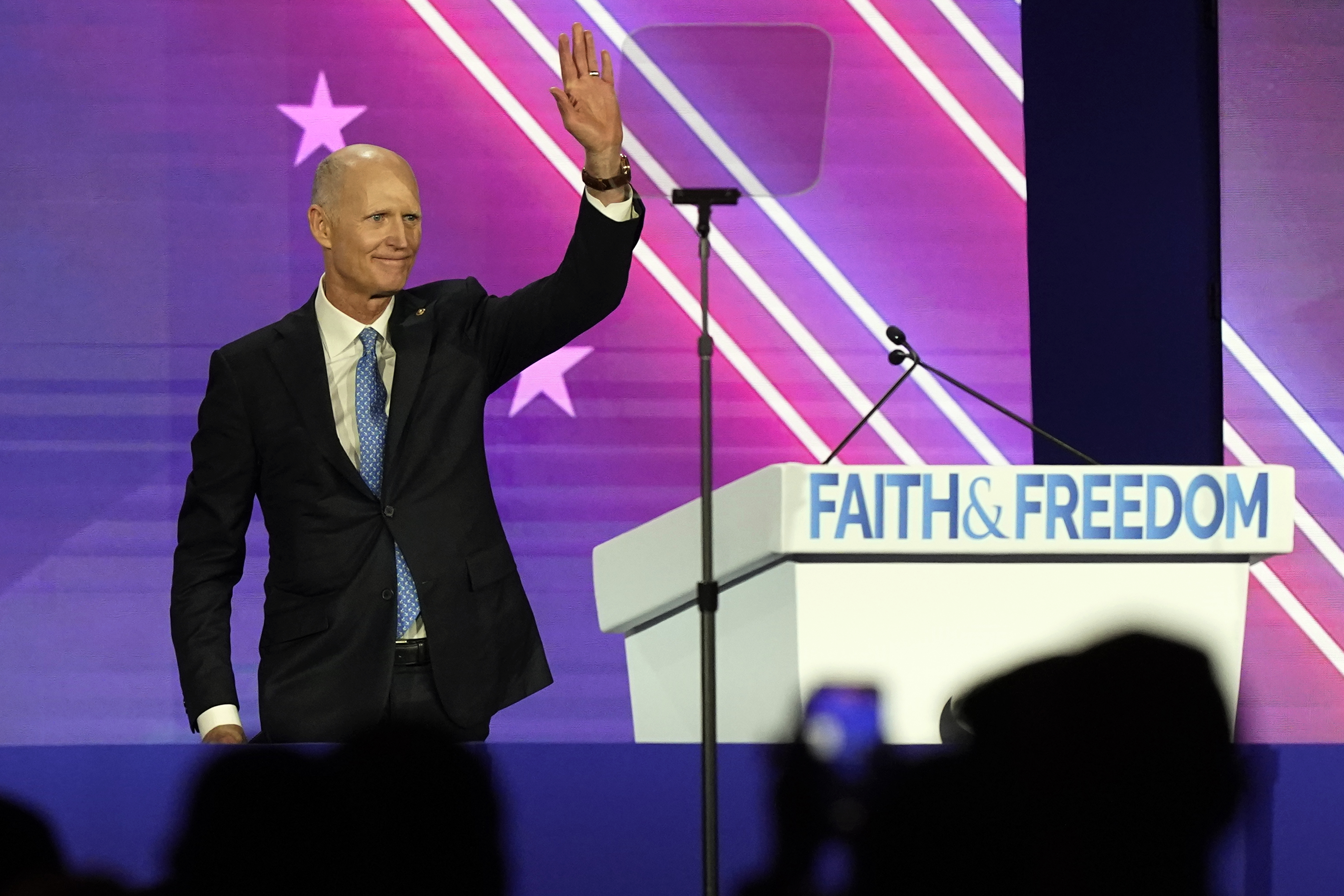 Notably absent from the lineup were former Vice President Mike Pence, a veteran of the conference with deep ties to the evangelical Christian movement, and Florida Gov. Ron DeSantis, a potential top contender for the Republican presidential nomination.

Both men were invited to attend. Pence chose instead to attend a roundtable event with Ohio Gov. Mike DeWine in Cincinnati on Thursday, the same day the House committee investigating the Jan. 6 attack on Capitol Hill focused on testimony from Pence’s top aides and his decision to certify electoral votes. Last year, that decision prompted jeering from the Faith & Freedom crowd when Pence took the stage.

On Friday, Trump talked extensively about Pence, attacking him in front of the Republicans who are most sympathetic to him: evangelical Christians.

“Mike Pence had a chance to be great,” Trump said. “He had a chance, quite frankly, to be historic. Mike did not have the courage to act.”

After an awkward pause, the audience responded with light applause.

After Trump’s remarks, Reed in an interview described both Trump and Pence as dear friends of his. Reed said that he was on the phone with Trump’s speech writers “for some time” yesterday, but would not elaborate on the feedback he provided about how Trump should discuss Pence at the conference.

“They took some of it,” Reed said of the advice he offered.

A spokesperson for the Faith & Freedom Coalition said Pence’s schedule didn’t allow him to participate this year, and noted a recent event Pence did with the Coalition in North Carolina to engage Christian voters in the Charlotte area.

Here at the Road to Majority conference, the crowd was most eager to hear from the ex-president. But they were also open to thinking about alternatives, like DeSantis — although multiple people interviewed for this story mispronounced his name as “DeSantos.”

Patrick Gebauer from Atlanta said the Republican Party could use Trump’s leadership, but “there could be so much carnage because the left hates him so much.”

“I’d like to see DeSantis, I know he’s led in a powerful way. He’s not afraid to take people on,” Gebauer said.

Chad Bobo from Nashville said the main reason he came to the conference was to hear from Trump. “I like the other speakers. One of them is Tim Scott,” he said. “But I’m still looking for the president to get the nomination in 2024.”

While the conference speakers made clear their immediate goal is to flip the House and Senate for Republicans in November, some talked about their vision past the midterms.

The South Carolina senator captured the audience. Eschewing a teleprompter like a seasoned church pastor, Scott weaved back and forth between references to scripture, stories about his life, jokes and musings about the state of America.

Haley, the former South Carolina governor before she joined Trump’s Cabinet, told the audience they “have no higher calling as a people” than to renew the world’s hope in America. She signaled that she wants to be the one to help do that.

“And together with you, and with trust in God, I pledge to answer that call and inspire our country once again,” Haley said.

And Rick Scott, who chairs the National Republican Senatorial Committee, touted his “Plan to Rescue America,” a policy platform that he released earlier this year. Scott says the plan — viewed by national political operatives as a sign of the former Florida governor’s presidential ambitions — provides an answer to the question of what Republicans will do if they take back control in Washington.

He drew a standing ovation and cheers during his speech when he uttered one of his platform positions: “Men are men, women are women, and unborn babies are babies.”

While the vast majority of speakers remain avowed Trump supporters, there were still nods to leaders in the party who have dared to challenge Trump’s false claims of a stolen election.

Betsy DeVos, Trump’s former education secretary who resigned in the wake of the Jan. 6, 2021 Capitol attack — and has since been critical of Trump — spoke on stage soon before the former president, and she held an hours-long book signing by the entrance to the main convention hall. Rep. Dan Crenshaw (R-Texas), who has faced criticism from some Republicans for declaring that Trump lost the 2020 election, was also a featured speaker.

Ronna McDaniel, chair of the Republican National Committee, kept her remarks focused on the midterms, giving shoutouts to star Republicans like DeSantis and Virginia Gov. Glenn Youngkin, but did not mention Trump at any point.

“Let’s take back the White House in 2024,” McDaniel said as she closed her speech. The RNC’s bylaws require it to remain neutral in primaries.

Sue Trombino, president and founder of Women Impacting the Nation, a Christian group, said it was still too soon to decide on a nominee.

Robert Jeffress, pastor at First Baptist Dallas, who will address the conference on Saturday on the importance of Christians being politically active, said he has and will continue to support Trump. But he predicts 2024 will look a lot more like 2016.

“I think evangelicals are still happy about their vote in 2016 and 2020,” Jeffress said. “That said, I think 2024 is going to be a lot like 2016 in that I think there will be a lot of candidates running, and evangelicals will be spread out among many of them.

“My guess is that if Trump runs, he will be the choice of many, and many will choose others initially,” Jeffress continued. “But if he runs, I think he wins the nomination and presidency.”