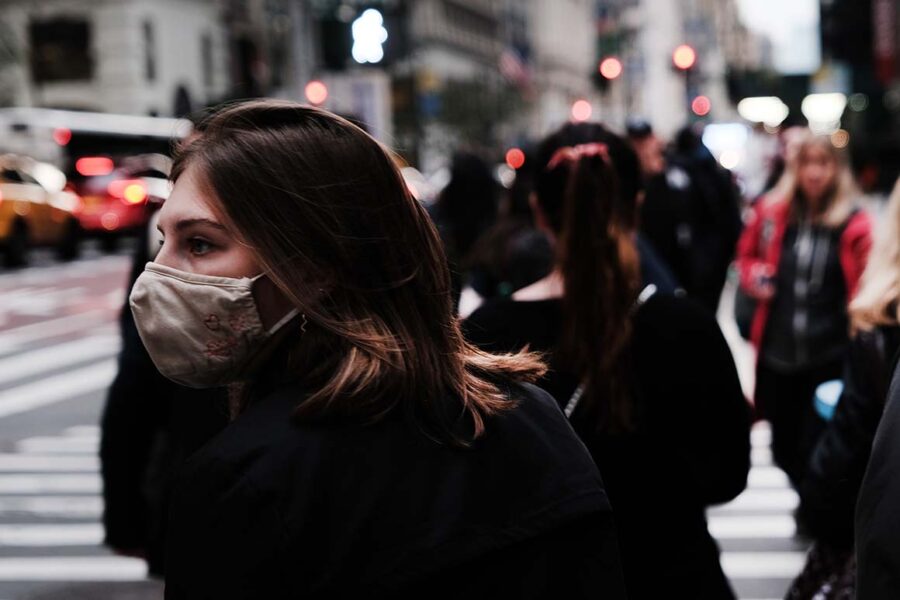 Coronavirus cases are rising once again, disrupting classrooms, overwhelming hospitals and alarming public health officials — even in areas with high vaccination rates — who warn the country is headed for a holiday surge that could leave thousands dead.

Though nearly 70 percent of the country has had at least one shot and hospitalizations have fallen from their September highs, the news in many states remains grim and the trend lines portend a fresh wave in the coming weeks.

Colorado, Idaho and New Mexico hospitals are operating under crisis standards of care. Michigan, Minnesota and Wisconsin hospitals are at, or near, the brink as cases that had been steadily increasing since school began exploded once the weather turned cold.

“This is taking up every waking moment,” Natasha Bagdasarian, the chief medical executive for the Michigan health department told POLITICO. “No part of the state has been spared.”

States across the country are also seeing a growing number of people with breakthrough cases end up in hospitals. In Michigan, for example, 28 percent of hospitalizations and 24 percent of deaths, between Oct. 7 and Nov. 5, were among fully vaccinated individuals.

The latest Covid surge is particularly concerning to health officials because holiday travel is expected to exacerbate the problem as it did last year when Thanksgiving and Christmas gatherings fueled a record number of new infections and led to more than 100,000 deaths in January.

There was hope that this year would be different. In addition to vaccines, there are effective treatments, such as monoclonal antibodies, that can significantly reduce the chance of hospitalization and death.

Yet, as of Sunday evening, the country is averaging more than 1,100 deaths a day — almost the same tally as last year at this time before the vaccines had been authorized. That’s partly because millions of Americans remain unvaccinated and because the Delta variant is so much more transmissible than the version of the virus circulating back then.

“I do think we will see more deaths than we are currently seeing,” said Eric Toner, a senior scholar at the Johns Hopkins Center for Health Security. “People need to be cautious about traveling and getting together.”

The risk to health systems across the country is further heightened because influenza and RSV, two other seasonal respiratory viruses that can land people in the hospital, are also on the rise — adding pressure to a health care workforce that is short staffed and experiencing unprecedented turnover after 20 months of battling the pandemic.

Making matters worse, the CDC last week said flu season could be upon us, noting a recent uptick in infections, particularly among college students.

The increasing Covid-related hospitalizations and deaths are still primarily among the unvaccinated but even places with the highest immunization rates are seeing spikes in cases.

Montgomery County, Maryland, where nearly 80 percent of residents are vaccinated, reimposed its indoor mask mandate on Saturday because of the substantial increase in cases.

Vermont, which has nearly three-quarters of its population vaccinated, has seen new infections jump 50 percent and hospitalizations are near all-time highs.

The Department of Defense is sending medical staff to relieve overwhelmed hospitals in Minnesota where only a handful of ICU beds remain available, even though 70 percent of eligible residents are vaccinated. 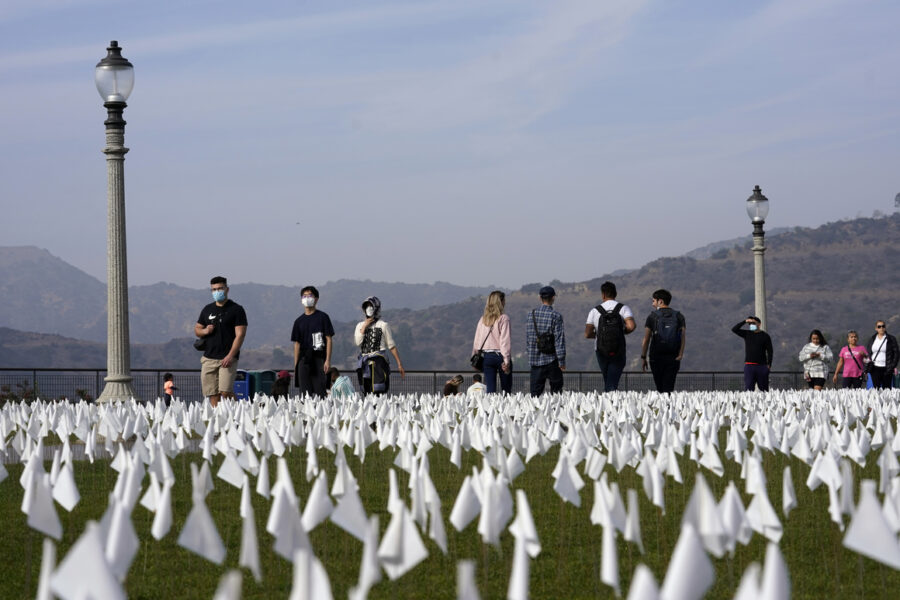 And there are still many pockets of the country where fewer than half the population is vaccinated.

“December was when things started to accelerate,” Ryan Westergaard, Wisconsin’s chief medical officer, said during a press conference Wednesday. “The trend we are seeing is very concerning. The slope of the curve looks similar to what we saw last fall.”

Many public health experts maintain that the vaccines and therapies will prevent the country from revisiting the days with 3,000 deaths and 250,000 new infections but substantial increases in deaths that are largely preventable is a scenario still very much on the table.

“People don’t realize how high the risk is to transmit the virus to a vulnerable family member,” said David Rubin, a pediatrician and director of PolicyLab at Children’s Hospital of Philadelphia. “I don’t think there’s a sense that anyone is holding back this Thanksgiving. If people were smart, they’d quarantine themselves if they live in a place with high transmission.”

Rubin has been watching Covid patterns since the beginning of the pandemic and he suspects that the spikes in cities like Chicago, Detroit, Green Bay and Minneapolis are a harbinger for Boston, New York and Philadelphia.

“We can’t afford, literally because lives depend on it, to let this pandemic recede in people’s minds when it hasn’t receded in our hospital beds, in our morgues,” Chicago Mayor Lori Lightfoot told POLITICO.

The recent surge in cases is why the Food and Drug Administration and CDC on Friday recommended both the Moderna and Pfizer-BioNTech Covid-19 booster shots for all adults. That allows the remaining 30 to 40 percent of adults who were ineligible to receive boosters.

Several governors from both parties — citing the increased spread in their states — didn’t bother to wait for the federal government, urging every resident to get a booster.

But uptake has been slow, even among seniors who are particularly vulnerable to Covid-19.

There are eight states — including large ones such as New York and Pennsylvania — where fewer than one-third of seniors have received a booster, according to the CDC, and only Vermont has more than one-quarter of its entire population boosted.

That’s particularly concerning to public health officials ahead of Thanksgiving, when college students are apt to visit their grandparents and people with underlying conditions see friends and family.

It’s why there is such urgency behind the state and federal booster campaign.

“Without using these tools, things are not looking too rosy,” Bagdasarian said.

Shia Kapos contributed to this report.